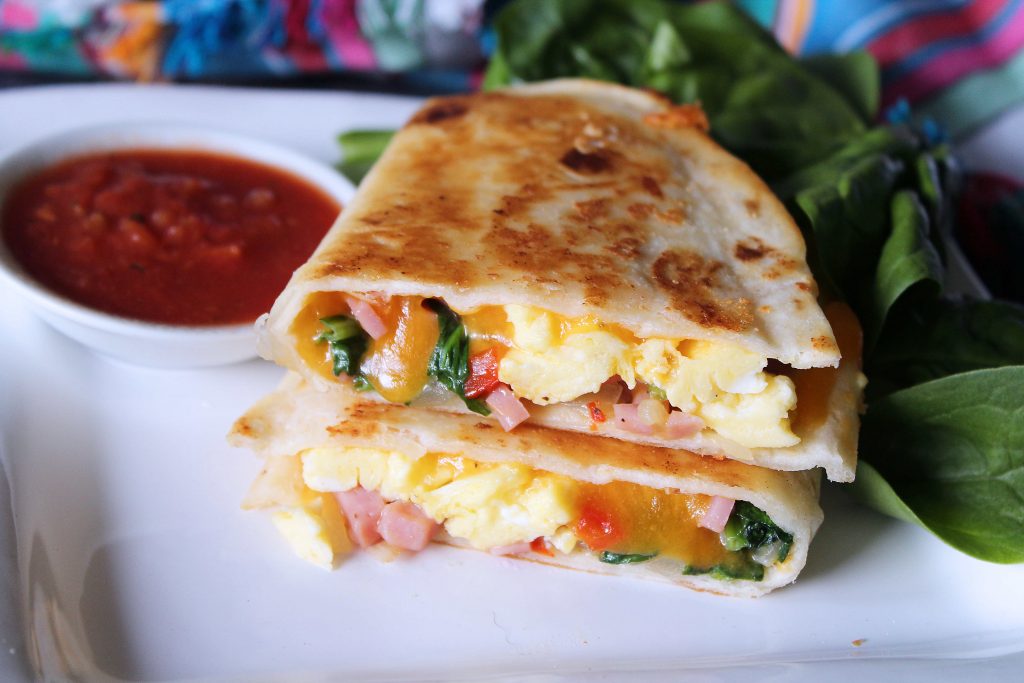 Let me start off by saying having three active kids in high school is exhausting ! The past two weeks have been crazy and I need a T-shirt that says “I survived Homecoming 2018” .  When I was staring at three wrist corsages and three boutonnieres I realized at that moment that I have three sons in High School and I felt very old and tired LOL .  The week of Homecoming it seemed like something was going on every night and I seriously did not cook one night that week. Two of my  kids loved it , we ordered out every night and they were in take out Heaven. This did not go over well with my autistic son, he expects a home cooked meal everyday. I am in trouble with him and I had to make my meal plan for the week. These Brunch Quesadillas was a perfect way to start off the week! They are hearty enough to eat anytime and they pair well with Easy Fresh Salsa.

I can slap just about anything into a tortilla with some cheese and my kids will eat it.  When my kids where young they even liked spaghetti quesadillas , it was a compromise from spaghetti tacos . The wonderful thing about quesadillas is it is a terrific way to relive leftovers.  This would be a great way to use a leftover holiday ham, trust me your family would love you. 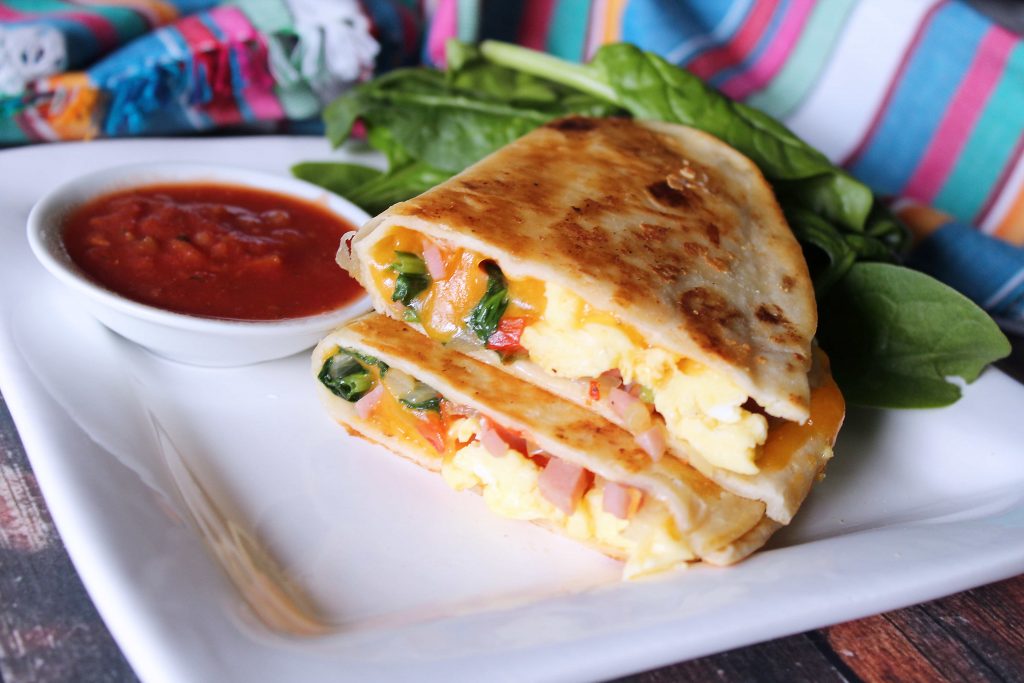 To start off heat up olive oil in a skillet and toss in the diced onions and red bell pepper. Once the veggies are cooked add the diced ham and cook until the ham is hot. Add the fresh spinach and stir into the mixture until the spinach is wilted. Set aside and scramble your eggs to your liking.

Now, to assemble the quesadillas. Heat a pat of butter up on medium heat . Place the tortilla flat in the skillet and spoon the ham and spinach mixture on half of the tortilla. Spoon egg and cheese on top of that mixture and fold over the tortilla. Flip and brown the tortilla until the cheese is melted.  Serve alone or with salsa. 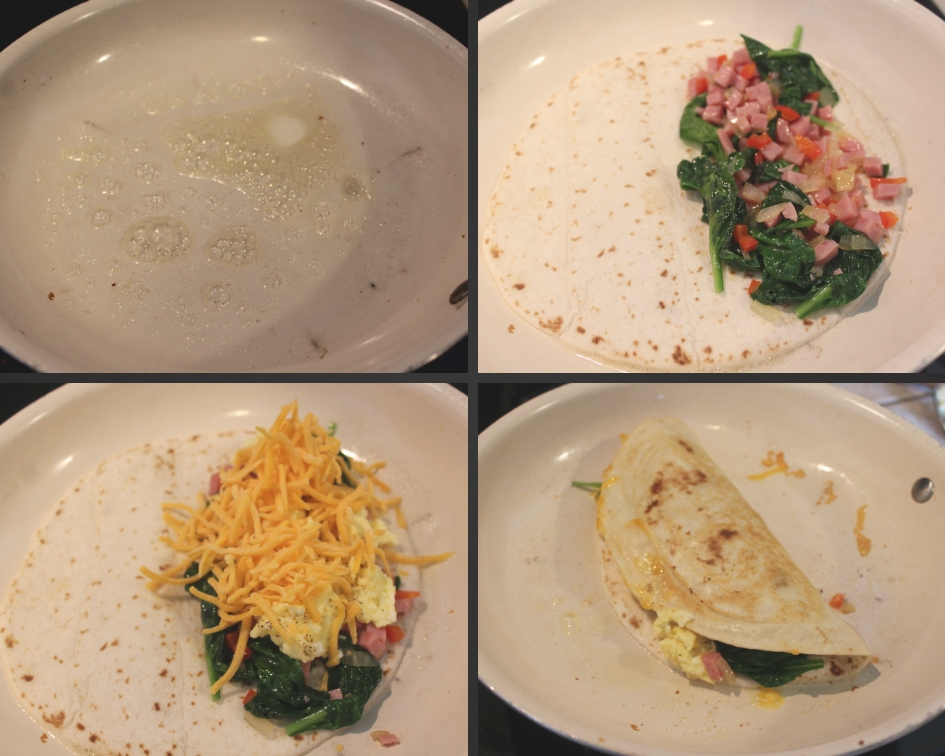 Recommended Supplies for this recipe: 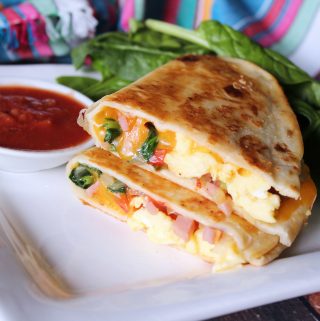 Tried this recipe?Let us know how it was!

[…] These brunch Quesadillas are a hearty brunch with bits of ham, cheese, spinach and eggs melted in a buttery tortilla. Served with a little salsa , this gives it a little punch of flavor. #brunch, #brunchquesadillas, #quesadillas, #leftoverham, source : bakedbroiledandbasted.com […]